Rudolph Mendes: Lost but Not Forgotten

By Tubman Museum | in: Exhibits

Rudolph “Rudy” Mendes earned a Bachelor of Fine Arts degree from Howard University in 1996. He relocated to Macon, Georgia in 1998 where he continued his education by studying welding at Central Georgia Technical College. Since coming to Macon, Mendes has been very active in the local arts scene. He has juried exhibits for the Macon Arts Alliance, the Tubman Museum and Central High School. He has conducted Arts and Crafts workshops for the Museum of Arts and Sciences and for the Midsummer Macon Music and Arts Festival, as well as mask making workshops for the Tubman Museum Summer Heritage Camps. He has exhibited widely throughout Middle Georgia and the Mid-Atlantic region since 1999.

Mendes is influenced by graffiti art and hip-hop music, he states that his work is about making connections between objects that he makes and objects that he discovers. He feels that the found objects he uses have an energy that influences the construction of his mixed media works. Mendes often works in collaboration with his wife Carolyn, a quilter and textile artist. Rudy Mendes is a recipient of the Macon Arts Cultural Ward for 2005. 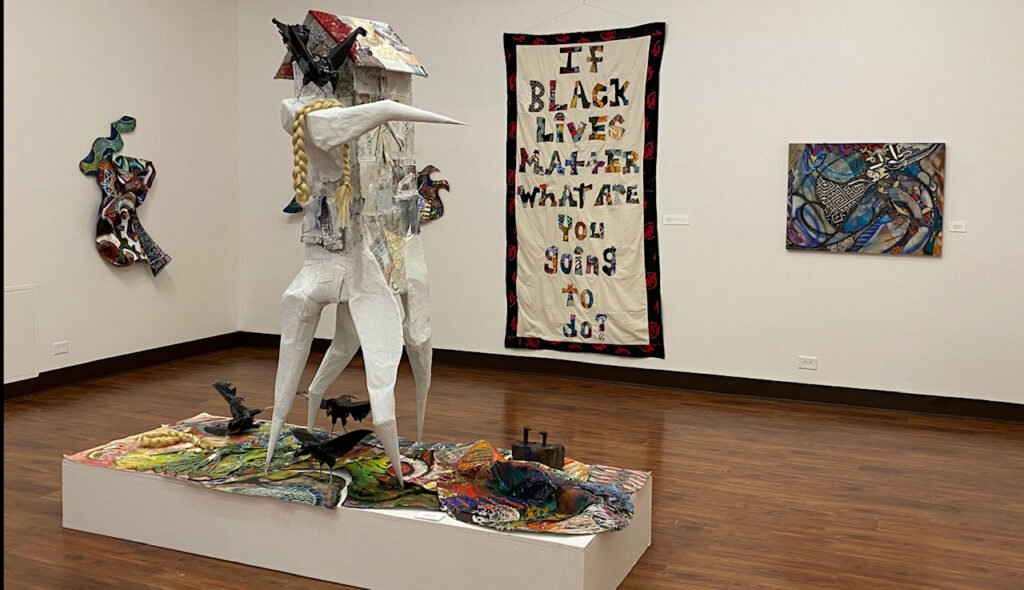 In 2019 Mendes was awarded a position of Artist-in-Residence at the Tubman Museum. Over the course of a year, he taught art classes and led mask making workshops for children and adults, while creating the body of work now on exhibit. Lost but Not Forgotten is the result of the artist’s experiences in Macon and in the Museum during a time when the nation was reeling from the effects of a deadly international health crisis and also trying to come to grips with its own history of inequality ad racial violence. During his residency, Mendes turned his focus to the subject of homelessness, and these works are influenced by his observations and interactions in the homeless community juxtaposed with attitudes and beliefs expressed in social norms and public policies designed to hide rather than address the needs of the homeless.