Taking It to the Next Level

The Tubman Museum is poised and ready to step up to the next level – to become a museum and educational resource of regional, and even national stature. The two elements that will take the Tubman to this next level include the completion of a spacious new museum and the development of strategic partnerships with colleges, school systems, and other cultural and educational organizations that will expand the Tubman’s outreach and impact.

Both of these important processes have already begun. 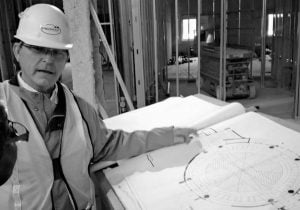 An earlier capital campaign (launched by the Tubman in 1998) raised almost $12 million to fund the first phase of construction of a new 49,000-square foot museum in downtown Macon. As a result of this effort, the exterior of the new Tubman African American Museum is now nearly complete. Designed by E. Verner Johnson and Associates of Boston, acclaimed architechs and planners of museum worldwide from the Smithsonian Institution to the Louvre Museum in Paris, the building’s exterior features a dramatic elliptical copper dome (evocative of an African ceremonial headdress); a distinctive yellow stucco finish that is the color of “edo,” a naturally occuring West African clay; black and white columns to symbolize the diverse background of the Tubman founders and supports; and distinctive brickwork that references both African American brick masons and the African basket-making tradition. 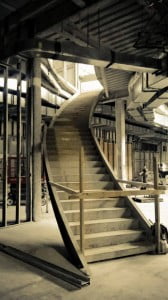 Phase Two of this campaign will complete the process, finishing the interior spaces of the building, fabricating and installing signature exhibits, and opening this much-anticipated museum to the public. Included in the stunning new facility will be multiple classrooms and studio spaces, ample collection storage areas, extensive galleries for both changing and permanent exhibits, community meeting and conference rooms, a resource center, a museum store, and a spacious, two-story rotunda and second-floor balcony that can serve as a 500-seat hall (complimented by a full catering kitchen). Featured on the second floor of the building will be an African art gallery and six connected exhibit galleries that explore and present the African American experience. The museum’s internationally acclaimed mural, From Africa to America by local artist Wilfred Stroud, will connect the African and African American galleries. More than 130 beautiful textile panels by Macon artist Wini McQueen, depicting local African American history and the experience of black people in America, will hang in the first and second-floor rotunda.

Realizing the Dream – Making an Impact

The impact of the new Tubman African American Museum will be felt in many ways and in many areas. The museum, when completed, will act as the anchor and centerpiece of a unique downtown museum district in Macon that already includes the Georgia Music and Sports Halls of Fame and the beautifully restored historic Douglass Theatre.

The Tubman’s presence will also have a significant positive economic impact on Macon and the Middle Georgia area. In 2006, according to the Georgia Department of Economic Development, tourism contributed $257 million to the Macon economy, supported over 3,000 jobs, and generated $7.5 million and $10.3 million respectively in local and state tax revenue. Construction of the new Tubman Museum is expected to generate $7 million for Macon and Middle Georgia and an additional $3.1 million per year in increased tourism, create 91 full-time jobs and add $134,000 and $162,000 respectively to local and sate tax coffers.

But as impressive as these economic numbers are, the new Tubman Museum’s most important and wide-spread impact will come from its continuing role as a critical educational and cultural resource. The core mission of the Tubman Museum – to educate people about African American art, history, and culture – is broad and inclusive. It places no restrictions on the subjects related to the African American experience that the museum can explore, nor does it limit the museum geographically to the history of the city, the state or even the region. The museum’s collection strengths in contemporary African American art, folk art, African Art, and historic artifacts similarly allow the Tubman to present and connect African American art, history, and culture in ways that will not likely be experienced at other museums. It is a museum for the city, the state, the region, the nation, and perhaps the world.

It began as the dream of one man. With your help and contributions, it can become a priceless gift for everyone. 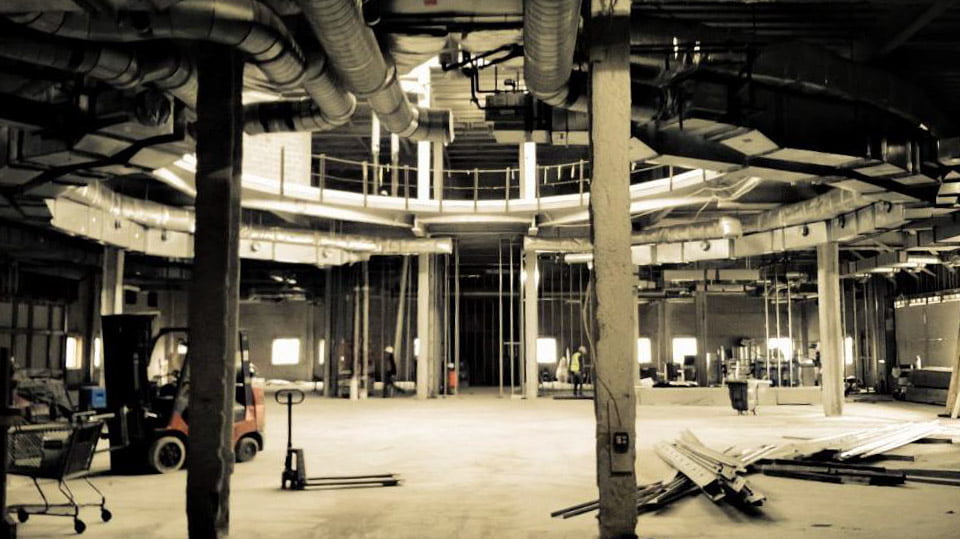 Status of the Capital Campaign

The Tubman Museum’s Capital Campaign to raise the necessary funding to complete the construction of the new museum on Cherry Street, has announced a major gift in the amount of $1.5 million on September 25, 2008. The Peyton Anderson Foundation has chosen to give $1.5 million in the form of a challenge grant. This is the second donation the Foundation has made towards this initiative. During an earlier campaign, the Foundation contributed $2.7 million– an investment which enabled the Tubman to complete the exterior of its new Museum and begin some of the interior framing.

What does this mean?
The gift depends on your help. For every $4.00 that the community donates to the campaign, Peyton Anderson will give $1.00

Why should I get involved?
“People don’t often think in terms of the economic impact that a museum can have,” Adams stated, “But when the new Tubman is completed, it is projected to generate over $3 million a year in tourism-related expenditures and add $134,000 and $162,000 respectively to local and state tax coffers.” The potential educational impact that the new Tubman Museum will bring, according to Adams, will be even greater. “This new museum will finally give the Tubman the expansive galleries it needs to display more if its incredible collections and to host major traveling exhibits; the collection storage space to house and grow the Tubman’s art and history collections; the classrooms and performance studio space for school groups and after-school classes in dance, mime, art, and photography; and much-needed community meeting and special event space. In its new facility, the Tubman Museum will finally realize its dream of becoming a state, regional, and national resource for the study of African American art, history, and culture.” – Virgil Adams, Partner with Adams, Jordan, & Treadwell, also Vice Chair of the Tubman Board of Trustees and Co-Chair (with Mike Dyer and Isaac Blythers) of the Capital Campaign.

Why is the Peyton Anderson Foundation donating this money?
The Trustees of the Peyton Anderson Foundation believe in the importance of this project and the positive impact – economically, educationally, and culturally – that this new museum will have on Macon and Middle Georgia.” Juanita Jordan went on to invite community leaders and residents of Macon/Bibb County to join in the campaign and to help make the new Tubman Museum a reality.

“The Tubman Museum has been a leader in the community over the past two years in creating new educational programs and outreach initiatives that address both community and school needs. “We are pleased to see the new partnerships that the Tubman Museum has formed with area colleges, local schools and school systems, and other museums and cultural institutions to offer new resources, new approaches, and new experiences to students, teachers, and families,” continues Jordan.

“We’re convinced that this new Tubman Museum will strengthen the downtown Museum District, draw new visitors to Macon, and provide a setting and an opportunity for all of us to explore African American art, history, and culture and its impact on our local and national history. We also want to invite the Macon/Bibb County community and its business, political, community, religious, and educational leaders to join us in supporting this project and in making the new Tubman Museum a reality.”

Would you like to receive news, announcements, and invitations?

Sign up for the Tubman e-blast by sending your email address to news@tubmanmuseum.com.

About the Tubman Museum
The Mission of the Tubman African American Museum is to educate people about African American art, history and culture, and to promote harmony among all races. Since it’s founding in 1981, this internationally recognized Museum fulfills this mission through the collection, preservation, study, exhibition and interpretation of works of art and artifacts which foster and promote public knowledge of African American art, history and culture. The primary collections of the Museum include: Local and Regional History, African Art, Folk Art, and Fine Art.